In a few weeks we’re off to Greenland! This is how I have trained to be fit for our expedition. My training program has included skiing and also tire pulling.

Training for the expedition Across Greenland 2018
An enjoyable ski training session in powder snow transformed into something else.

This weekend we had a meeting for our Svalbard expedition. The program included skiing and an overnight stay in tents at Päijänne in Padasjoki. I had an important family event on Saturday, so I took myself to the meeting late in the evening. It was a thoroughly “find the rest of the expedition on the lake of Päijänne” -mission for me. After a two hour drive up to Padasjoki I packed my sled at the Laivaranta harbour. I noticed it already had gone well past eight in the evening, so I had to make my way with the help of my headlamp. I took the course towards the elongated island Kelvenne, which was about 8 km from the harbour.

The weather could have been more Svalbard-like with lots of snow and temperatures well below zero … Instead I skied through slush and water up to my ankles, varying to hard ice surface were you only could go forward with double poling technique (finnish: tasatyöntö). After a two-hour ice skiing I found the camp! They had set up the tents on, what I believe, was the only snow patch of the entire Päijänne. My tent mates had our tent heated, so it was just for me to take off my skis and start to enjoy the evening. The idea of ​​the whole exercise was that we would be able test the equipment we will be using in Svalbard, the most important perhaps the tent, and to meet our tent mates. We’ll stay three persons in a Helsport Svea 4 tent, and it seemed perfectly fine in terms of space. The rest of the expedtion members will share tents in pairs.

During the night, the big snow patch which was the base of our camp, had melted more, and there was now a proper swimming pool in our tent’s vestibule. In the morning it was getting colder, so after we took down our camp we skied off on a hard and icy surface. We tried, where possible, to take us to the shores where there was little snow, but the joy was not as long as we would cross a larger ice area and more slippery and hard ice surfaces. So double poling was the big thing again… We skied a litter longer route back to the harbour, and had a short after ski meeting at the nearby service station. The whole exercise was good training for the Svalbard expedition, and it was great to meet some of the other expedition members, and especially my tent mates! I think we are going to have an awesome expedition in March! 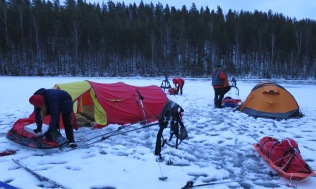 Our tent had quite a relaxed posture 🙂

Our camp on the one and only snow patch at Kelvenne. 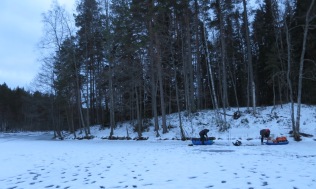 Taking down the camp.

One of my tent mates leading the way.

The grip was non-existent on the slippery surface. 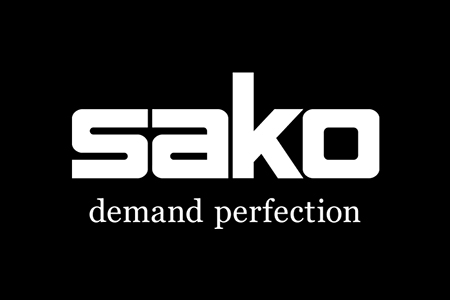