Six women’s adventure in an ice labyrinth, avoiding crevasses, several storms, fourteen hours of skiing, a helicopter evacuation, doubt about the success of the expedition; here are some examples of what our eventful Greenland crossing included. 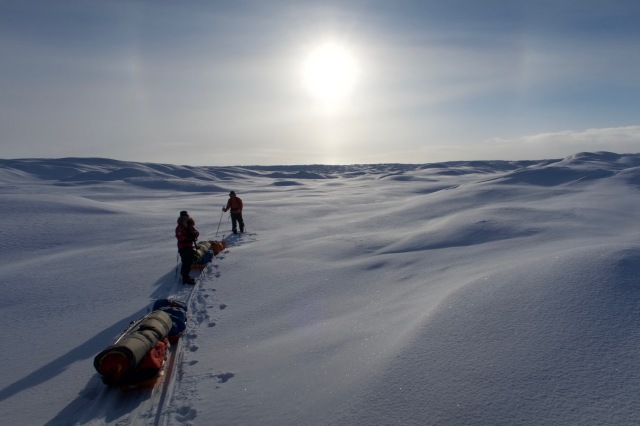 WHY GO?
During my exchange years in Norway I got my first experiences of winter touring. I totally fell for it! In recent years I have participated in expeditions in Sweden’s Sarek, on Iceland’s Vatnajökull glacier and on the glacier landscape of Svalbard. As the trend seems to do more challenging trips progressively, crossing Greenland by skis was naturally the next challenge for me. After all, it has for long been a big dream for me to cross Greenland by skis. Aren’t dreams made to come true? 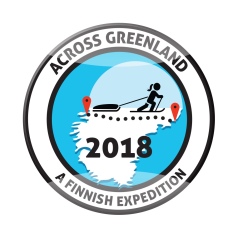 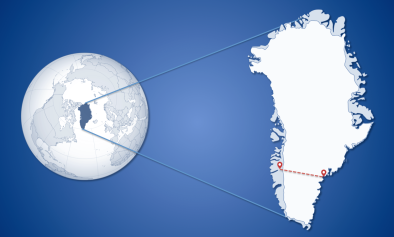 THE ICE LABYRINTH
At last it was the day when we stood on the edge of the glacier near the village of Kangerlussuaq! Our eyes were facing east and it was a great feeling! One year of preparations were behind. At last we were beginning what we had been practicing for so long. The first days we navigated our way in the ice labyrinth, looking for the best route towards the icecap. With crampons on our feet we walked up and down along different ice humps with house-sized ice cliffs on our sides. Sometimes it was impossible to find a suitable direct route because of the deep crevasses. Our GPS track had formed a zigzag pattern. Because of the 80 kg behind us in our sleds, the speed was not breathtaking. At some points, we had to push one sled at a time – that can you call teamwork! 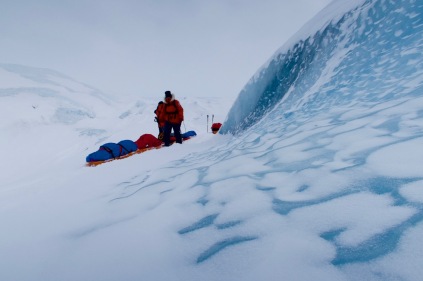 ON THE ICECAP
Eventually the ice labyrinth disappeared when the snow cover thickened. We had reached the icecap! Our next goal was to ski more than 20 km a day. Unfortunately, one of the expedition members had got severe abdominal pain, and we understood that our goal was impossible to achieve. Since her condition did not improve, we made a decision about medical evacuation by helicopter. We were prepared for a three-day delay due to storms, but these days were now used when we waited for the evacuation flight. We so hoped that a storm would not hit us at the end of the trip. 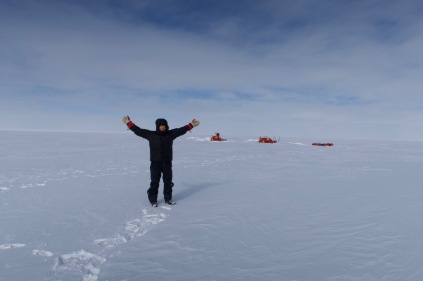 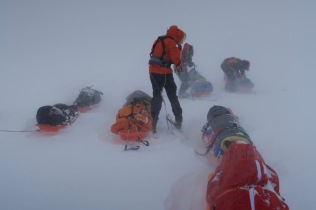 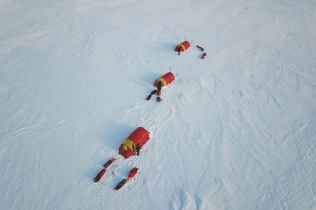 THE RADAR STATION
After the helicopter evacuation we extended our ski distances. We visited the abandoned and icy DYE2 radar station. An awesome dome building rose in the middle of the snow field. Like other expeditions, we left our name both in the guest book and on the dome wall. We wondered about the amount of goods left behind, like beer bottles and household machines! It was like the time had stopped in the 80’s. Even a Christmas ham was waiting on the table! 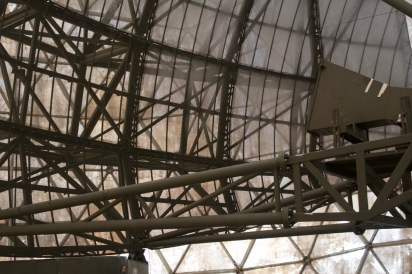 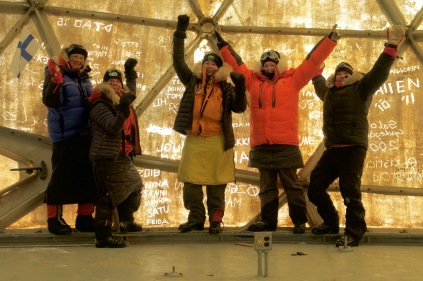 STORM DAYS
Then the storm hit us … 30 m/s winds forced us to spend a couple of days in tents. This meant that we needed to extend our day distances to the end of the trip, to get to the east coast in time. However, this was not the only storm we encountered, but a third full storm day was still to be spent in the tents. Our trip had now become a race against the clock! The conditions were so difficult, that we were uncertain if we would get in time to the east coast, to the plane waiting for us there. However, we had such a huge motivation to get over the glacier, so finally we skied quite absurd day distances. 14 hours and 40 km were at the end a normal day… 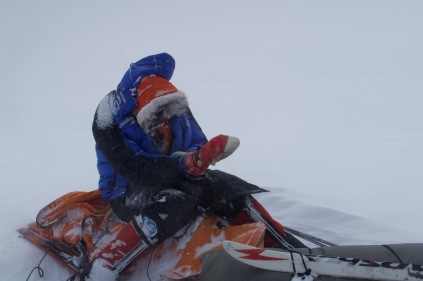 AT THE COAST
We looked forward to a decent downhill after the half way, but we had to wait to the last day for the real downhill … What a joy it was to ski the last meters with the land in sight!. After 30 days and 576 km we reached our goal! Thanks to the team’s great humor and will! One more night was in front on the polar bear area. We ended our ski tour on a rocky cliff where we found a small hut. We slept the last night safely inside the hut, where we waited for the morning’s helicopter lift. 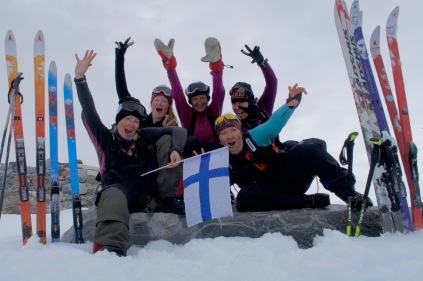